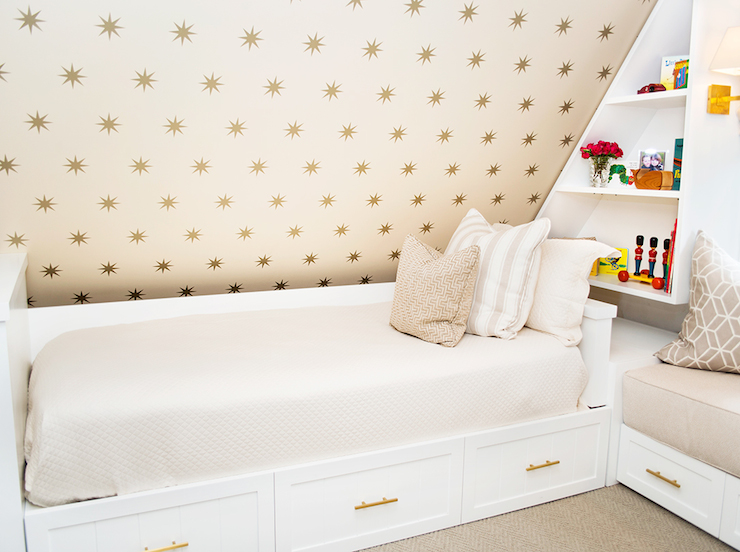 I’ve been wanting to do a starry ceiling in Melanie’s room for while. I really like the iconic Osbourne&Little Coronata Star wallpaper seen above but it is pretty expensive plus the cost of actually putting it up and dealing with smoke alarm in the middle of the ceiling (which conveniently cancels any plans I might have had for a small chandelier) and ceiling lights. And I wasn’t particularly fond of the idea of having to scrape it all off when Melanie no longer likes it.

This DYI version by Honey&Fitz is adorable. Love the light blue ceiling. Read about it here. 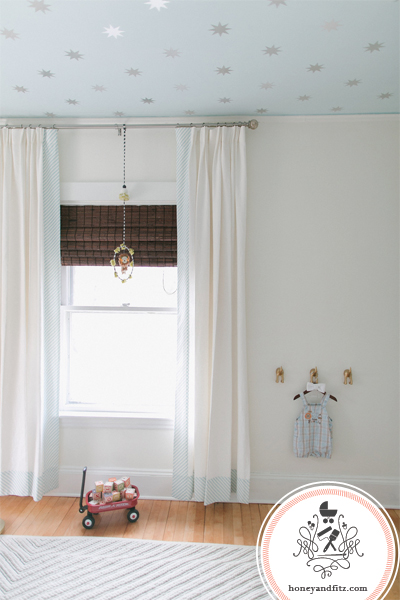 She used a Silhouette Cameo to make these out of contact paper and cut these out. Ugh, I don’t have these things and it just seemed really more work than I wanted. She also used a chalk snap line to create the grid and warned that chalk gets everywhere. Unlike her, I didn’t have a helper and I didn’t really see myself doing all that.

Tami over at athriftymom.com did gold balls on the walls and her husband helped her create a cardstock template which they used to mark where stickers would go. See her project here.

I found these gold star decals here on Etsy. I think I bought $225. I made hubs measure the ceiling and ended up cutting out a rectangle out of cardstock like Tami did, fashioned a handle in the middle of it with some tape and a random pipe cleaner. Then went and marked every spot. It is as tedious and neck cramp inducing at it sounds. However, me just marking the spots where stars go was easier (I thought) than using chalk snap lines and there was no mess.

Her room doesn’t have crown moulding yet so I left some room for that. If you are going to do this, make sure you alternate the rows. Every second row, I marked the middle spot of the previous row in a new line. See the picture.

I like the way it looks though Melanie was disappointed that none of these glow! Oh well. 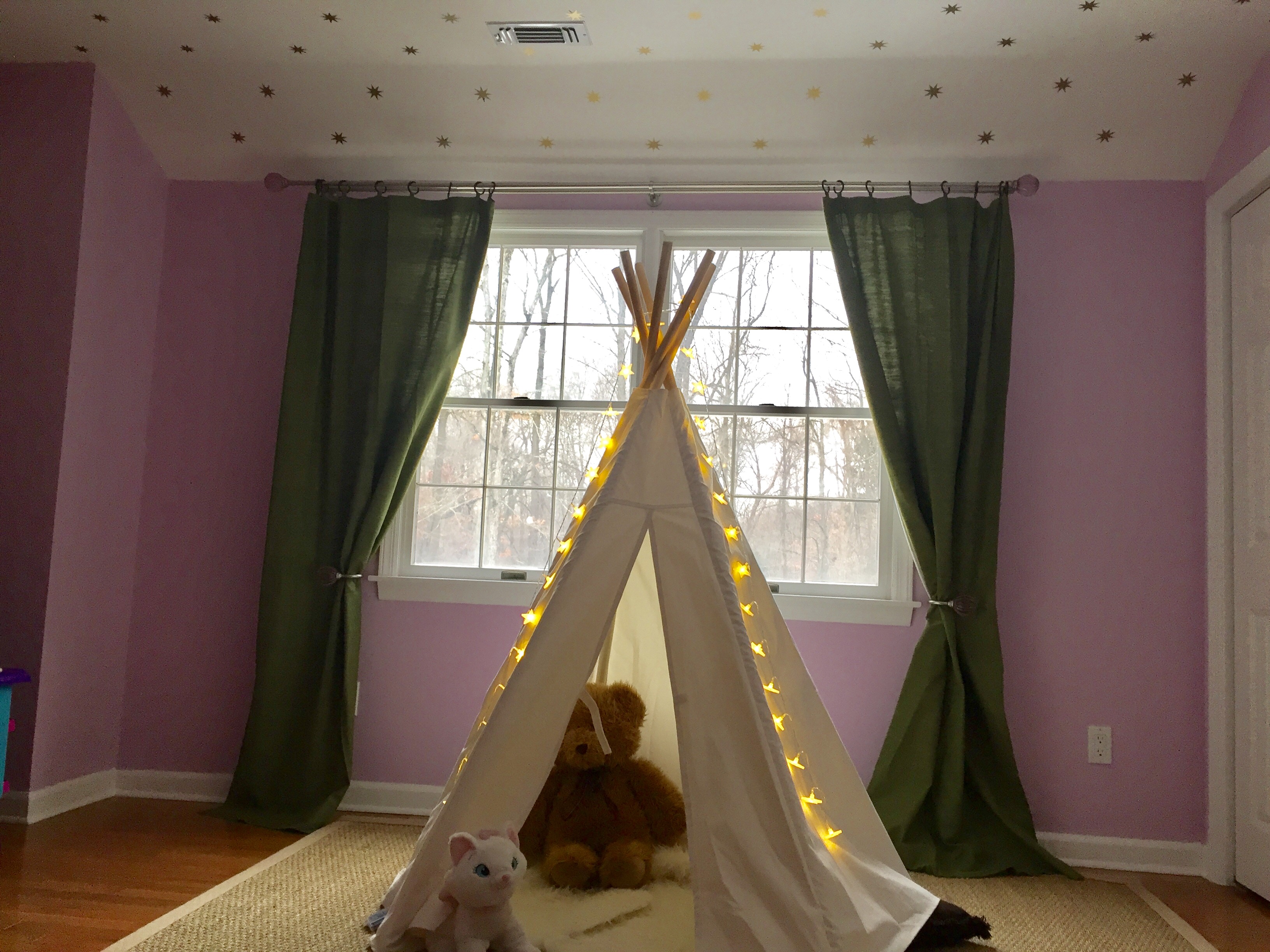 How to manage you first grey hairs

Reasons why you need to buy a peacoat stat.